Sense of spirits - a review 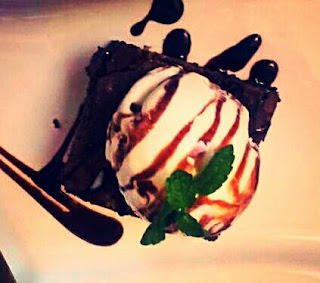 There's something about food which connects people! Isn't it?   I recently went to this place for a leisurely lunch with a group of friends. What's best about going in with a big group is that you could taste a wide array of dishes. Sense of Spirits is nestled in the food hub of sec - 29 Gurgaon, which makes it easily accessible. It is a plush lounge where you can sit and savour your meal. Food First - Now the most important stuff, the food. I ordered my dose of caffeine for the day - a cold coffee, which was awesome. I also took a sip of Jack on the banofee, which was good.  As for the starters, I really liked  the Bharwan Paneer Tikka which was melt in the mouth,  Chilly Mushrooms and honey chilly lotus stems, which were nicely done. The highlight although was the Cheese parcel, which essentially is cheese wrapped in filo sheets. They were crispy on outside with loads of melted cheese stuffe
2 comments
Read more
More posts